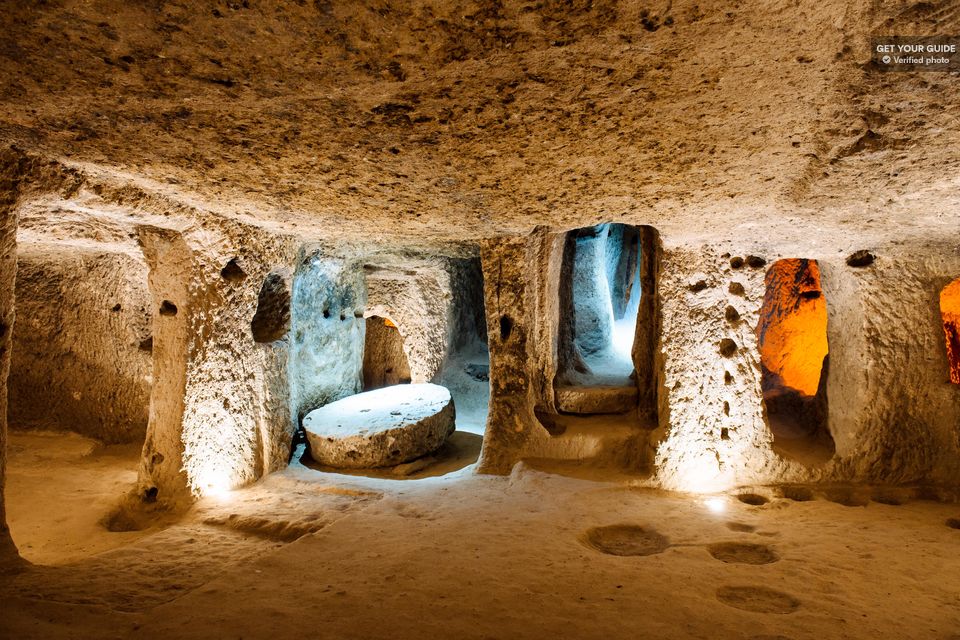 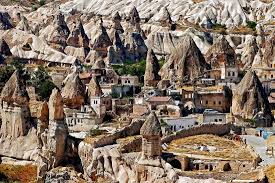 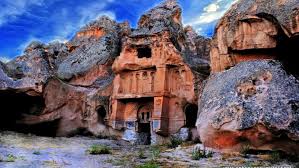 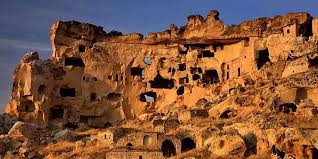 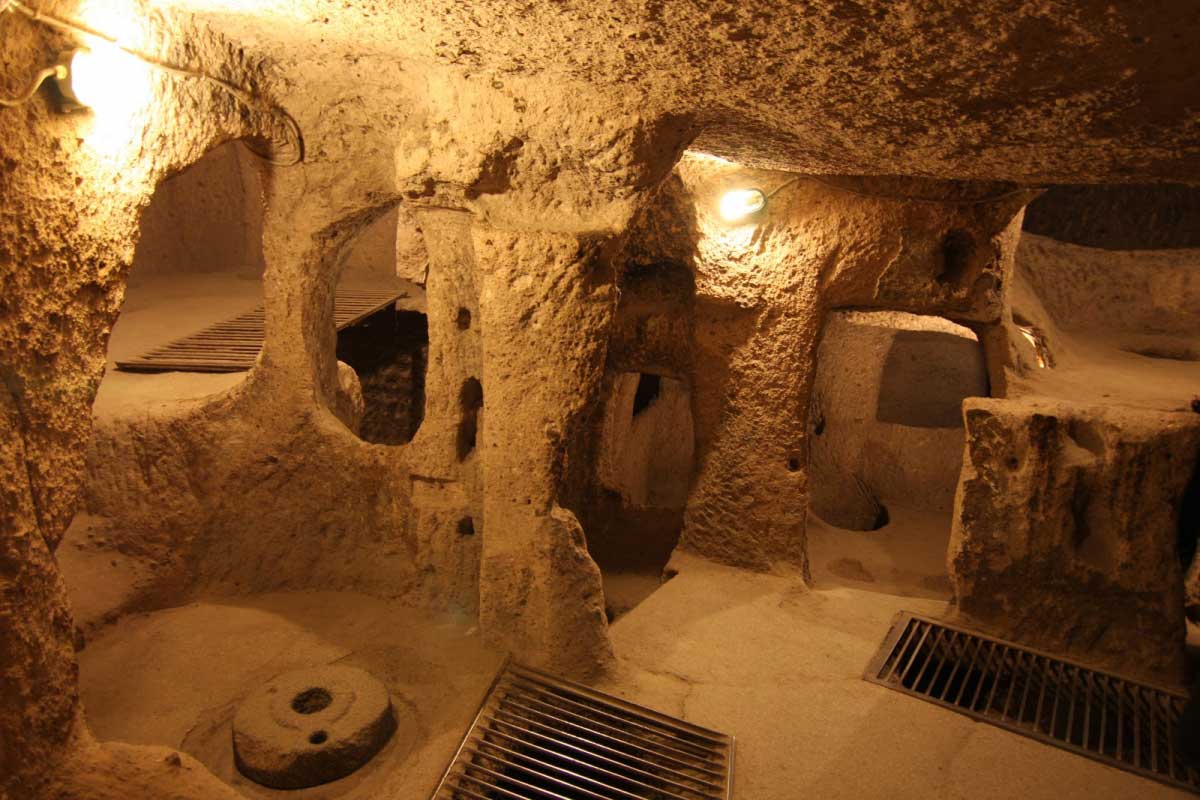 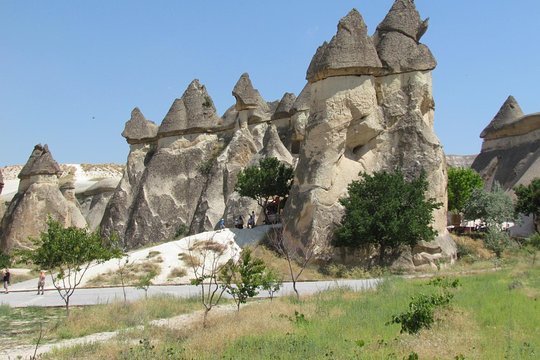 Discover the different towns and villages of the Cappadocia region and the famous Kaymakli Underground City on a full-day tour.

Start with pickup from your hotel in Ürgüp or Göreme. First, travel to the Devrent Valley situated on the northern slopes of Aktepe. Explore the rugged landscape which is spread over three valleys, and see the many famous pointed fairy chimneys with their large stems.

Make your way to “Love Valley” which is the best place to see three-headed fairy chimneys. Stop in Pasabag and Pasha’s Vineyard, which is surrounded by incredible natural rock formations. Next, stop in Avanos, a center of terra cotta artwork since 3000 BC. Visit a traditional pottery workshop, which is set deep into the hillsides. The clay, which comes from the Red River passing through the town, gives life both to the land and to the local economy.

Visit Uchisar, situated right in the middle of Cappadocia. It is named after the enormous piece of rock in the center of the town, which was once used as a castle. This extraordinary rock is the highest peak of the area with a view of whole Cappadocia and Erciyes Mountain.

Finally, make your way to the Kaymaklı Underground City, one of the largest and deepest of its kind in the region. Explore the many caves and structures of the city, before being returned to your hotel.

Customers can cancel this Tour before 5 day(s)
The Museum of Modern Art is a place that fuels creativity, challenges minds, and provides inspiration. With extraordinary exhibitions and the world’s finest collection of modern and contemporary art, MoMA is dedicated to the conversation between the past and the present, the established and the experimental. Purchase your admission and skip the lines to one of the world’s most celebrated art museums.

0 reviews for this Tour